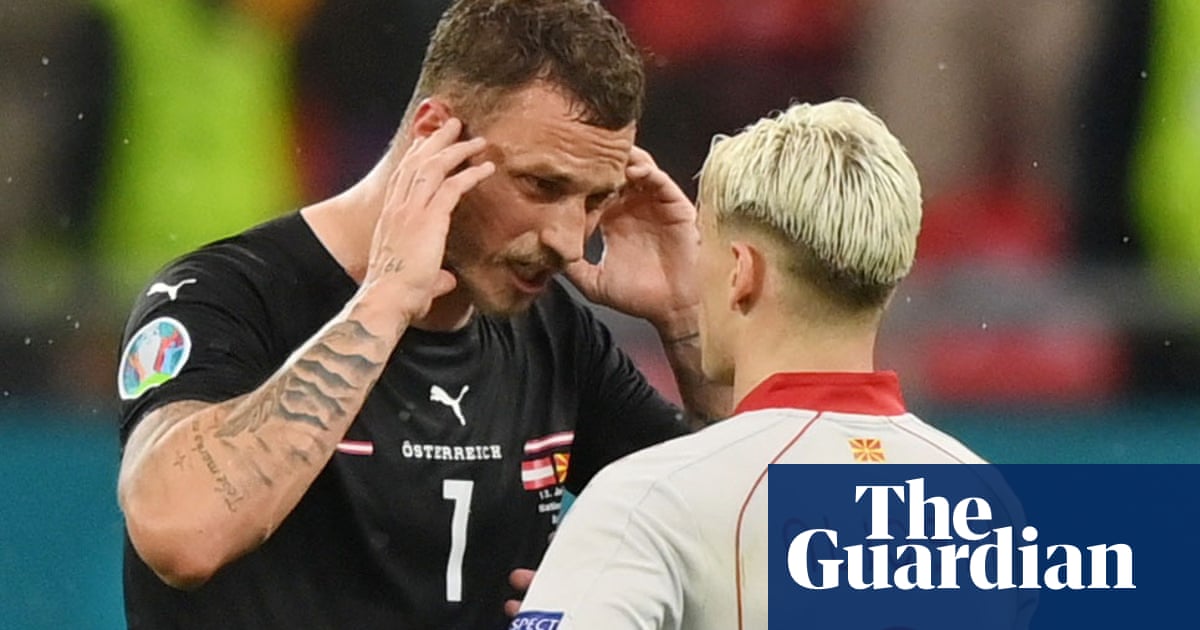 Marko Arnautovic has been given a one-game suspension after he was cleared of discriminatory behaviour in his mid-match rant against North Macedonia.

The forward embarked on a tirade against Macedonia’s Ezgjan Alioski after coming off the bench to score Austria’s third goal in a 3-1 victory. He has been found guilty of insulting a player and will miss Austria’s next group C fixture against the Netherlands.

Reports had suggested Arnautovic used racially charged language in his rant, which was stopped when Austria’s captain, David Alaba, clamped the former West Ham player’s jaw. After a disciplinary investigation Uefa found that he had not insulted “the human dignity of a person”, a charge which could have led to a suspension of at least 10 matches.

The North Macedonian football federation had publicly criticised Arnautovic for what it called a “nationalistic outburst” and called on Uefa for the strongest possible punishment to be handed out. Arnautovic apologised for “heated words” but insisted: “I am not a racist. I have friends in almost every country and I stand for diversity. Everyone who knows me is aware of that.”

Arnautovic was punished according to article 15 of the Uefa disciplinary regulations and will be available for selection in his country’s final group match against Ukraine.